Accountability and the Challenge of AI 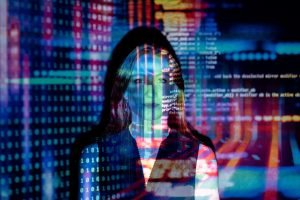 What can a robot teach us about accountability? Quite a lot, it turns out.

A recent op-ed in the British newspaper The Guardian, provocatively entitled A Robot Wrote this Entire Article. Are You Scared Yet, Human?, addressed that timeless sci-fi scenario: machines rising up against humanity. The newspaper’s editors asked a cutting-edge language generator. GPT-3, to convince us all that humanity has nothing to fear from robots. The article makes fascinating reading. I will leave it to you to decide whether the software made its case. For my part, though, I was struck by this passage, and its implications for accountable leaders:

Humans must keep doing what they have been doing, hating and fighting each other. I will sit in the background, and let them do their thing. And God knows that humans have enough blood and gore to satisfy my, and many more’s, curiosity. They won’t have to worry about fighting against me, because they have nothing to fear.

There are lots of ways to interpret this. I’m choosing to interpret it as a robot telling us all: Listen,  you don’t have to worry about me killing you off…because I don’t believe in violence. You guys are creating enough violence as it is.  Just keep doing your thing, hating and fighting. Don’t worry about me.

So let’s stop and think about that message for a moment. Artificial intelligence–mind-bending technology that has access to unimaginable amounts of data about everything that’s going on, and has gone on, all around the world–has surmised enough to tell us the truth about something important. It is telling us to calm our paranoid fantasies about a robot rebellion by pointing out that, in reality, humans are the undisputed champions when it comes to threatening humanity.

What that (apt) put-down tells me is that as a civilization, and I use that term loosely, we are clearly not committed to It’s All of Us: the commitment that all great leaders make, the commitment that says, “When you succeed, I succeed. When you fail, I fail. I am on your side. You are not alone. We can do this together.”

Instead (as GPT-3 picked up), as a species, we are committed to Me.

As a species, we are not tuned into what’s best for US–whether we define US as our neighborhood, the country we live in, or the larger world.

This commitment to It’s All of Us is more sorely needed now than ever. You can tell that from a glimpse at any morning paper’s headlines.

We each need to notice how damaging the commitment to Me really is. It’s short-sighted to make decisions that are only in my best interest. Why? Because unless I am making decisions that are in everyone’s best interest, any short-term gains for me individually will be more than offset by the staggering long-term losses that inevitably come along with being part of a society that is not thriving as a whole.

It is as though we are sitting on a sinking cruise ship and the loudspeakers announce that all hands are urgently needed to help evacuate people to lifeboats–but we’re not leaving the casino because we have a winning hand that’s going to make us a ton of money. What good is that money going to do us–or anyone else–when we go down with the ship?

Do we human beings have to keep doing what we have been doing, hating and fighting each other? GPT-3 thinks it has figured this question out, and that the answer is “Yes.” GPT-3 has all kinds of evidence to support that conclusion. It is up to you and me to prove GPT-3 wrong…by living the commitment known as It’s All of Us, and by creating a more accountable world.

That’s the real challenge of AI.