American Airlines Can Be Better … And I Know How 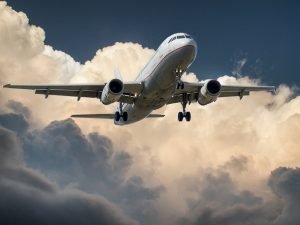 Prior to the pandemic, last year the Wall Street Journal released its rankings of the best and worst major US airlines. It will come as no huge surprise to any frequent flier, I think, that American Airlines came in dead last. The bottom of this list is, of course, a bad place for any airline to be for even a single year, but it is worth noticing that this unenviable position on the Journal’s list is one that American had managed to secure for three of the past five years. I have written elsewhere about some of the deep challenges American Airlines faces in changing what appears to be a deeply dysfunctional working culture. The big challenge American faces today is an accountability challenge, which means it is fundamentally a leadership challenge.

Here are four ideas, for the airline’s leaders and (by implication) for all leaders facing cultural challenges in the workplace, about how American can be better.

Second, accept that solving the primary problem means fixing the culture. This is leadership’s job. Fixing a broken working culture can be nobody else’s job but leadership’s. By definition, that job starts at the very top of the organization. If there is a productive and supportive working culture, that is a function of the people in leadership setting the example, articulating the organization’s purpose, setting the mission, and living the values. On the other hand, if there is a toxic working culture, that outcome, too, is down to leadership. Well, what is American’s working culture like right now? And what kind of passenger experience is that working culture delivering? Let me answer those questions by posing two more. If you are the CEO of the largest airline in the world, and 1400 of your pilots call publicly for your resignation, which recently happened to American CEO Doug Parker, is it fair to say there is room for improvement on the work culture front? And if Inc. magazine calls you the “poster infant for domestic customer mistreatment,” is it fair to say your passenger experience leaves something to be desired?

Third, understand what really stands in the way of solving the primary problem. Accountability is all about keeping commitments to people. You are responsible for things, but you are accountable to people. A toxic working culture is the direct result of a lack of personal commitment on the part of company leadership. A bad working culture is what happens when leadership consistently expects accountability FROM employees… without fully delivering on their own core commitments TO employees. Do American’s employees really have reason to believe, right now, that company leadership is committed to helping them achieve their full potential? To ensure that they have a workplace that is physically and emotionally safe, where they can speak their minds without fear of recrimination? To building and sustaining a truly great reputation among customers (and everyone else)? I believe the answer to all of these questions is NO. When leadership expects commitment from employees, but does not make and follow through on critical commitments first, the result is cultural collapse in the workplace. Unfortunately, American’s collapse has been in process for some time.

Fourth, accept that every secondary problem that comes up can only be solved through people… which means that the working culture must celebrate people and make them feel valued. The primary problem American Airlines faces is, as I have said, its broken working culture. The culture does not celebrate and protect the people. Everything else is secondary. In any organization, it is always the people of that organization, working together, who must address the various problems that show up during the working day. American has no shortage of serious problems. The Wall Street Journal faulted American for major problems related to unacceptably high numbers of mishandled bags, cancelled flights, and bumped passengers–among any number of other difficulties. It is American’s people who must be empowered to tackle these problems. Right now, they are not empowered, and customers can tell. Remember: The working environment, the organizational culture, is always what determines whether people will feel engaged enough, appreciated enough, and safe enough to propose and execute creative solutions.

The planes American flies are the same as the planes other big airlines fly. Their primary means of distinguishing themselves in the marketplace are the people who show up for work each day. The only meaningful difference that can be made is the difference employees make when they interact with and on behalf of customers. Right now, American is failing that test. And that is leadership’s fault.

The culture at American right now is not focused on people. It is focused on systems. Leadership has made the mistake of imagining there are technical workarounds that can compensate for the deep internal problems American is experiencing. Leadership must start focusing on people instead of systems if it is serious about turning things around. Leadership must really believe that people are important, and must show, by means of its actions, that it is willing to make and follow through on commitments that support that belief.

That kind of leadership will change the organizational culture sooner than you might imagine, and it will inspire the airline’s people to rise to the challenge and solve the big problems they face. If that does not happen, American will continue on its present downward glide path. On the other hand, if that does happen, the customer experience will improve, and the performance of the organization will change for the better.