Accountability really is the highest form of leadership. 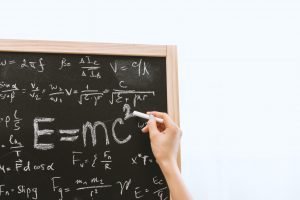 In “The 100,” his fascinating survey ranking the most influential human beings ever to walk the earth, author Michael Hart placed Albert Einstein at #10, well ahead of such figures as Julius Caesar, Martin Luther, and William Shakespeare. Hart chose Einstein as the tenth-most influential human being in all history because of his enormous importance in the world of science, and specifically for his contributions to the field of theoretical physics. I’d like to suggest, though, that Hart left something important out. Einstein is indeed worthy of a high position on any such list — but not just because of his scientific achievements. We should also notice that he laid the foundations, in a single powerful quote, for the accountable workplace philosophy that we now know as “servant leadership.”

That phrase “servant leadership” is formally attributed to the writer and educator Robert K. Greenleaf, who published an enormously influential essay, “The Servant as Leader,” in 1970. Recently, however, I came across a 1931 quote from Einstein that made me wonder whether Greenleaf had been influenced, directly or indirectly, by the great scientist. Einstein’s words stopped me in my tracks, and I suspect they will stop you in yours, too. They read as follows:

Strange is our situation here upon earth. Each of us comes for a short visit, not knowing why, yet sometimes seeming to divine a purpose. From the standpoint of daily life, however, there is one thing we do know: that man is here for the sake of other men —above all for those upon whose smile and well-being our own happiness depends, and also for the countless unknown souls with whose fate we are connected by a bond of sympathy.

Accountable leadership means acting on the reality that we are here for the sake of other people, by making clear commitments to others and then being personally accountable for fulfilling those commitments.

Let me make a side observation before I go any further. I do recognize that a modern-day rendering of Einstein’s idea would replace its key phrase, “man is here for the sake of other men,” with something along the lines of “human beings are here for the sake of other human beings.” Since Einstein was writing more than eight decades ago, I think we can acknowledge that the prevailing English-language norms of the era in which he shared his idea have now shifted to a less sexist set of standards, and that Einstein was really talking about each of us, regardless of our gender, being here on earth not simply for ourselves, but for all of humanity.

This is a powerful insight, one that I believe the most effective leaders intuitively build into their own worldview and into the cultures of their organizations.

So: If you work for me, and if I’m a truly accountable leader, that means I’m making a conscious choice to invest in your growth as a person … not just as an employee … even if that means you eventually decide to leave the company and go work somewhere else! Once I as a leader accept that accountability is my purpose, amazing things begin to happen. Why? Because I’ve shown accountability to you before I expect it from you. The relationship between the employee and the organization deepens as a result, and accountability begins to flow in both directions.

Call it the Einstein Effect. One inevitable by-product of me making the investments of time, attention, and resources necessary to ensure that you become your very best version of yourself while you are on staff is that you become truly committed to the organization. As that commitment deepens, you will stick around longer, and contribute to the organization becoming its best. And guess what? When that happens, the opportunities for everyone are going to start multiplying along the way.

On one level, Einstein’s powerful idea encompasses the idea of mentorship … but we have to recognize that ultimately mentorship does not go far enough. As an accountable leader, we have to be accountable to uphold our values and our commitments to everyone we lead, not just a select few. We have to build the Einstein Effect into the fabric of the organization itself. How? By modeling accountability and teaching it to the people who are direct reports to us, so that they can model it and teach it to the people who are direct reports to them, and so on, until the dynamic of accountability cascades down and permeates the entire organization.

If I am truly an accountable leader, if I’m honoring the model for leadership and the model for life that Albert Einstein put forth in 1931, that means I am acknowledging accountability as the highest form of leadership, starting with my personal accountability to the people who report to me. That means I’m getting closer to finding my own true purpose in life. How? By accepting that, contrary to popular belief, the employees are not here for me. In fact, just the opposite is true: I’m here for the employees!