The Attack on the Capitol: A Question of Character and Accountability

Here are some thoughts on accountability inspired by the attack on the Capitol yesterday.

Accountable leaders in any field of endeavor, including politics, inevitably face questions of character. Our character is demonstrated by our decisions and our deeds over the long term, not by the words we throw out in the heat of the moment so we can look good when the cameras are rolling. Character, in other words, is a long-term play, it is a sacrifice, not always easy or popular. Character is not manufactured in a sound bite. It is the expression of the values we say we hold. Character is those values in action. Character is right.

Character means accepting that what we allow in our space, we condone, understanding that silence is complicity. If others stand up and say “X is wrong,” and we know for a fact that X really is wrong, but we choose to say nothing until there is enough social pressure to make us finally stand up and say “Yes, it is wrong,” we are only saying that to save face. We are not saying those words because of the values we say we are living. And that is a failure of character.

True character means showing up to tell the truth and make the hard choices when it is tough, not just when it is easy or in our personal interest. True character is standing up when standing up is not the popular thing to do, but is the right thing to do, because it is based on what we say we value. If our actions do not support our stated values, those values are not really ours. And just because we say something does not make it true.

When we stay on the sidelines and we allow a false narrative to justify decisions that wreak havoc with the values we say we believe in, then we do not have the values we claim to have. That is true in all of these arenas: family, business, or government.

Whether we are in a family setting, in a company, or in our country, we deserve to be led by accountable leaders, by leaders who not only talk about values but act in accordance with them. Period. It is a question of character. 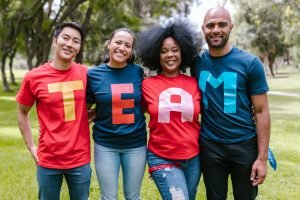 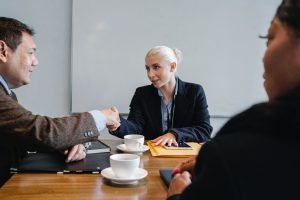